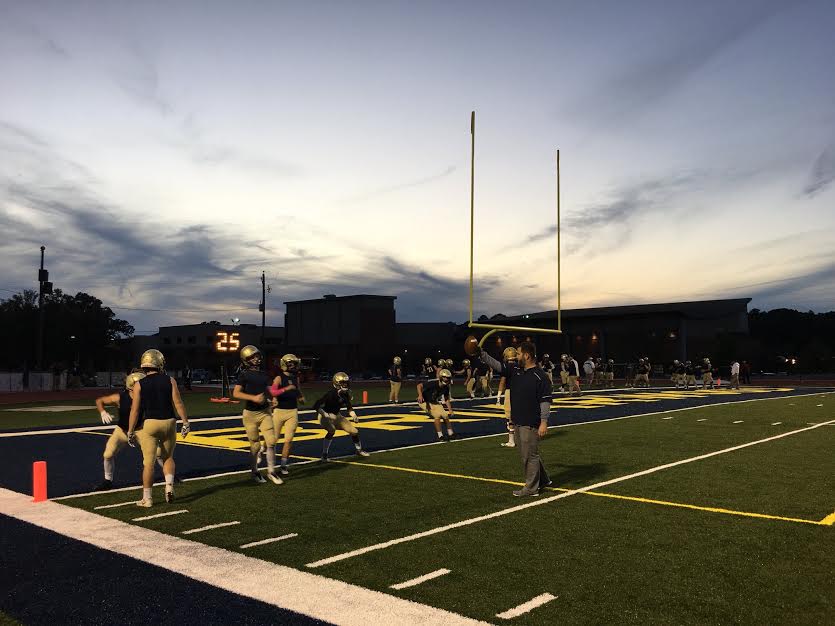 MONTGOMERY – It’s a safe notion everyone watching Briarwood Christian’s 26-0 Class 5A, Region 4 victory over Fairfield last week witnessed something they had never seen before.

That’s because the Lions’ junior defensive end Cole Garner did something that most likely has never been done in a football game. Garner sacked the Tigers in their own end zone, not once, but three times to record three safeties in the win.

The national team record for safeties is five by a team. Three schools have accomplished that feat: Montezuma (Georgia) in 1983, Linden (New Jersey) in 1989, and Niobrary County (Wyoming) in 2000. Three other schools have recorded four safeties in a game: Pebble Beach (California) in 1987, Santa Rosa Cardinal Newman (California) in 1968, and Buckeye (Arizona) in 1931.

“You can’t win games without the defense shutting it down,” Garner told 280 Living after the game. “I couldn’t be more proud of my guys.”

By comparison, in the NFL Jared Allen, Ted Hendricks and Doug English share the all-time career record for safeties (4).

All three safeties in the Briarwood-Fairfield game started with the Tigers snapping the ball from inside their own 5-yard line. Garner got through the defense each time to sack the quarterback in the end zone.

This Friday, Briarwood Christian hosts Hueytown, which features Roydell Williams, one of the top running back prospects in the country. He has rushed for more than 2,000 yards in nine games this season. I’ll be on hand to cover the game for 280 Living.