THIS STORY APPEARS IN GARY LLOYD’S BOOK, RAY OF HOPE: ONE MAN’S DREAM, HUNDREDS SERVED. GET IT HERE. ALL PROCEEDS BENEFIT THE RAY OF HOPE WHEELCHAIR RAMP MINISTRY IN PACE, FLORIDA.

Chapter 19: By the grace of God

It was like talking on the phone with your grandmother.

She was sweet, caring and you knew she’d bake you an apple pie if you just asked nicely. Her voice was velvety soft, and she was full of emotion. The softness almost turned to a squeal when she was recalling a pleasant memory. It faded into the background when she let herself feel pain again.

This woman from Pensacola, Florida, had a wheelchair ramp built by Ray of Hope in early 2015. It was for her son, a fifty-eight-year-old man on dialysis for liver cancer. He had been sick for a couple years, but the last part of his sickness was finding out about the liver cancer.

“It was … it was just kind of devastating,” his mother says. “After he finally went through radiation and chemotherapy and stuff, they said that it was gone but yet still his surgeon wanted to operate I guess to get it all out or whatever.”

Because of his condition, he needed a wheelchair ramp to get in and out of the house. He had been on the Ray of Hope waiting list for two or three months, maybe more, and one day the group showed up. The mother says they were nice and professional people who built a “magnificent ramp.”

“He was in great need before the ramp was built,” she says. “He suffered a lot with his illness. Nevertheless, he was very appreciative, and so was I.”

The day the ramp was built was an exciting time for mother and son. 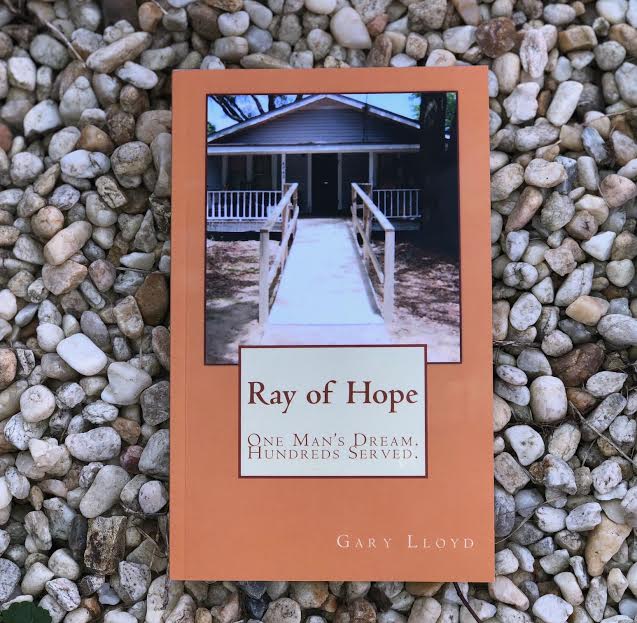 “I was very blessed and he was, too, because I had been waiting on the list and that day was like a surprise,” she says. “I was excited. My son was, too. I was very happy. It was a good feeling because I was tired of trying to get him out of the house without a wheelchair or walker, you know?”

The ramp totally changed their lives.

“Because, you know, then I didn’t have a problem,” she says. “I could wheel him out of the house. He could sit in the car, and then I could put the wheelchair in the back of the car. Then he was on dialysis and they had to pick him up sometimes if I wasn’t able to bring him. It was just an awesome time for me, I know. It helped me a lot.”

That old-school toughness shined through when I asked her what she would have done had the ramp never been constructed.

“I would have done what I could, you know?” she says. “I probably would have had to pay somebody to help me get him in and out of the house in that wheelchair. That would have been the other thing I had to do. I was just kind of waiting. It’s just by the grace of God that he didn’t get worse before they got out to build it so we could maintain (what we were doing).”

But a wheelchair ramp can only do so much. Two weeks after her son’s surgery, he had a heart attack. A heart attack so soon after a major surgery complicates progress. Her son was unable to eat. When he did eat, he could not keep the food down.

“That was really bad,” she says, and her voice fades.

Her son was able to use the ramp for several months before he died in September 2015.

“Oh, yes,” she says, when I ask if he was happy with the ramp. “I think so, and I don’t know for sure because I try not to think about it a whole lot. Anyway, I know it was a good thing as far as I’m concerned.”

I can tell the conversation is slipping away. The pain is taking over. I transition.

“The man who started Ray of Hope was my father-in-law,” I say. “If he was still here, what would you say to him?”

“I would give him a big hug and a kiss and just thank him,” she answers. “There really probably wouldn’t be too many words I could say other than ‘Thank you’ and ‘I appreciate you.’ I’m so glad he was a lover of people. He really was.”

We talk about her life since her son’s passing. We talk about a society obsessed with political and celebrity scandals, about how inconceivable it is that many men don’t hold doors open for women anymore. Always in a hurry. I ask her if that makes the Ray of Hope group, given its heart for others, even more impressive.

“Oh, it’s godsent,” she says, and that pep in her voice is back. “Because in today’s time people don’t believe in helping people for nothing. They’re going to charge you a whole lot of money for it. So I think they’re just godsent and they’re doing this from their heart. These people got much love in their hearts for their fellow man. It’s just great.”

She says that she is grateful for people with love in their hearts and help others.

“That’s what I try to do right now,” she tells me. “I try to help anyone I can in any way I can. I try to practice being a missionary. I can at least tell somebody about God and about Jesus Christ and do whatever I can to help them. If I can take them somewhere or fix them a meal or something like that, I’ll do that.”

She tells me that the group reminds her of her grandparents, who raised her on a farm in Atmore, Alabama. She knew what it looked like for people to help others back then. Her grandparents would take in people coming from other cities looking for work. They would feed them and give them work until they moved on.

“So Ray of Hope is sort of close to your heart because of everything you’ve seen in your life, good and bad?” I ask.