THIS STORY APPEARS IN GARY LLOYD’S BOOK, VALLEY ROAD: UPLIFTING STORIES FROM DOWN SOUTH. GET IT HERE.

It sounds improbable, but I believe I am up to the task. I can sum up a city in just six stories.

At the time, they were just stories, black ink filling up the pages of a yearly magazine in Mississippi. Most of them, as far as I can remember, I did not seek out. They were assigned to me or sent as an idea in an email.

The first story began on Page 4, and it was about a man who fell in love with the town he had called home since he was a fourth-grader, a man who cooked ribs before football games and ran the down-and-distance marker during them. He has been doing that more than twenty years, with only one season spoiled. It was 2004, and the knot on his thigh was a form of cancer.

The man had a growth removed and went through forty radiation treatments. Chemotherapy nearly kills you before it cures you. He told me it was the toughest thing he ever went through. During that difficult time, he watched football practices from his tailgate and viewed game film at home. He ran the down-and-distance marker on game weeks he did not have chemotherapy treatments.

His word is commitment.

The second story began on Page 8, a short feature about a man’s stint in the Army. He served twice in Vietnam, earning a Purple Heart both times. Shrapnel became lodged in his left knee in his first tour, and he was shot in the back and stomach. He spent months in various hospitals, recuperating. This man’s favorite words were spoken by President John F. Kennedy, who said to not ask what their country could do for them, but what could they do for their country. He did his country proud.

His word is humility.

On Page 23, the magazine’s cover story begins. It is about a woman who lives in one of the nicest houses in the city. She has one room in the house, the walls brick, she solely uses for painting. As a girl, she loved drawing and making crafts. She made the drawings for the football banners in high school. But when it came time to pick a college major, she was convinced that an art degree wouldn’t build a life. She chose nursing school.

As her career and family blossomed, she found herself with free time. She enrolled in some drawing classes. It rejuvenated her. Having an apartment in New Orleans, she often painted the city street scenes, using lots of purple to make reflections. Her paintings are impressive. As I talked to her, she begins to list ideas she has for her next painting. And the one after that.

Her word is passion.

On Page 26, a plastic surgeon from this small city holds a sleeping child, her arm heavily bandaged. She was one of thousands severely injured in the 2010 earthquake in Haiti. This surgeon knew that he had to help, so he chartered a flight out of Memphis and arrived two weeks after the quake.

He took over a clinic and set up an operating room in a clinical exam room. His nurses used stretchers for beds, Bubble Wrap for pillows. He operated on people until midnight his first night in Haiti, and he slept on a military cot on top of the clinic. He stayed a total of eight days, and had operated on forty people.

“You found out that there are a lot of good qualities in people in the world,” he told me of his time there.

His word is responsibility.

On Page 31, a husband and wife told me the details of a March 2009 tornado, how in just eight minutes they lost everything, nearly their lives. They got out just in time. Their mobile home rolled over the husband’s truck, and his one-hundred-horsepower tractor was picked up by the wind and tossed aside. His gun safe, weighing thirteen-hundred pounds, was flung the length of three football fields. The wife’s Bible, given to her by her grandmother, was lost. Also gone were cows, cats, shoes, important documents, pictures. Everything.

The husband told me that he had always wanted to see a tornado, to see it twisting through the air. He told me that after going through all that, he doesn’t care what tornadoes look like.

Their word is toughness.

On Page 34, an older couple emptied a cardboard box full of memories to tell me about. There were newspaper clippings, game programs, wooden mascot heads carved during shop classes. They had graduated from the high school in the city, and gone to football games for more than fifty years, forty in the same reserved seats. 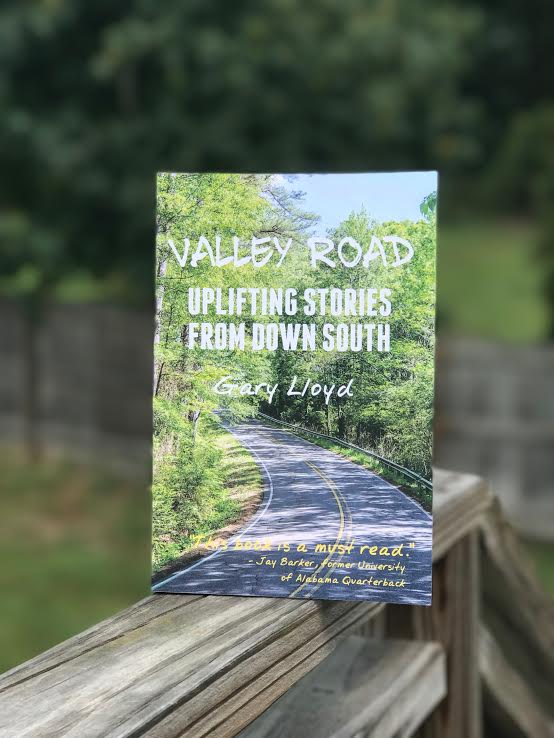 They told me about business owners and employees playing hooky on Friday afternoons, altercations between opponents, mayors symbolically sharing a peace pipe on the fifty-yard line. They came from a different era, when school pride and tradition were paramount.

“We need to get the boys back to having respect for our town, our program and our school,” the wife told me.

Their word is tradition.

Commitment, humility, passion, responsibility, toughness and tradition. Those are not bad adjectives to link to your neighbors. The truth is, we sure could use a lot more of all six.

I was flipping through that magazine not long ago, just reminiscing. The publisher’s note, typed out next to the table of contents, caught my eye, particularly one line.

“This year you will enjoy reading about your friends and hopefully find something about them you did not know.”