‘Well worth the wait,’ councilman says

TRUSSVILLE – The official gemstone for a twentieth anniversary is the emerald, often a deep green color, and the city of Trussville has reached this milestone with some green of its own.

It is fitting, the greenish color of an emerald, since the anniversary Trussville is celebrating is the completion of a greenways project, twenty years in the making.

The initially $1.7 million project, a federally funded operation through the Alabama Department of Transportation, was first approved in 1998. It was not until 2012 that construction began.

There was a lot of work involved as part of the project, which included constructing lighted walking trails that connected the Civitan Park area to the Trussville Sports Complex, so that citizens could walk along the Cahaba River. Part of the project also included the construction of a veterans memorial monument, constructed in large part due to the passion of a woman named Venie Payne, who spent her final years seeing that project through.

But, like a twenty-year marriage, there were problems along the way. The project began in the spring of 2012 but was halted that fall when a man said he believed there were archaeological artifacts in the construction site. Former Trussville Mayor Gene Melton seemingly spent much of 2013 blowing up ALDOT officials’ phones. The Alabama Department of Environmental Management got involved and found various issues related to soil erosion, barren land, and runoff.

There were delays. A contracting company was unable to complete the project in its allotted time, causing the city to fork up thousands of dollars to pretty much put a Band-Aid on the project with hundreds of bales of hay. The city spent thousands of more dollars to put up fencing to keep citizens out of the park. It was an eyesore. The bidding process started over. It was a mess.

But now, twenty years in the making, it is done. Trussville received notice of completion in April, making the greenways an official part of the city. The city held a dedication and ribbon cutting May 19 at the Veteran’s Park bridge, a staple in the city of Trussville.

“Trussville residents are so excited about the park,” said Trussville Area Chamber of Commerce Executive Director Diane Poole. “At any time of the day, you can see runners, walkers, couples, and families with children and/or pets. It’s such a beautiful place to hang out, soak up some sun, and just enjoy the peacefulness. I know everybody appreciates the city’s dedication to the park’s completion.”

The Trussville Civitan Club stepped in, spearheading a project that transported the bridge to its present location in Civitan Park. The club’s project rallied support throughout the city, attracting private citizens, civic organizations, and businesses to help in the cause. Citizens donated money to purchase two hundred wooden planks necessary to floor the bridge. Businesses worked to relocate the bridge, prepare the site, and sandblast and paint the structure green. A metal plate bearing the name of the donor was installed on each plank on the bridge. At the bridge’s dedication ceremony, a plaque was presented that officially designated the bridge as a historic site in Jefferson County. The Trussville Chamber of Commerce nominated the bridge project for consideration in the U.S. Department of Interior’s National “Take Pride in America” awards program. The Trussville Civitan Club was awarded a Certificate of Merit at a ceremony in Washington, D.C.

Trussville, with the completion of this twenty-year project, including new floor planks and fresh paint for the bridge, is poised to again attract new families and businesses to its downtown area.

“I believe this will be the most popular spot in Trussville for many years,” said Mayor Buddy Choat, “and we look forward to our citizens enjoying the beautiful area along the Cahaba River.”

Trussville City Councilman Zack Steele, who is the city council’s liaison to the Parks and Recreation Board, echoed the mayor’s thoughts.

“The completion of the bridge and the greenway has been a long time coming, but well worth the wait,” he said. “It is a jewel in our town and a rich part of our history.” 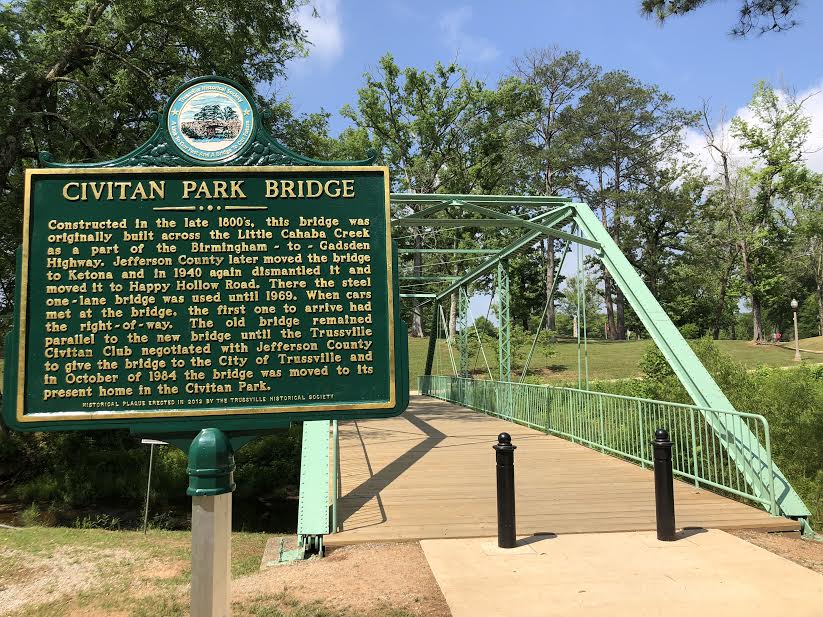 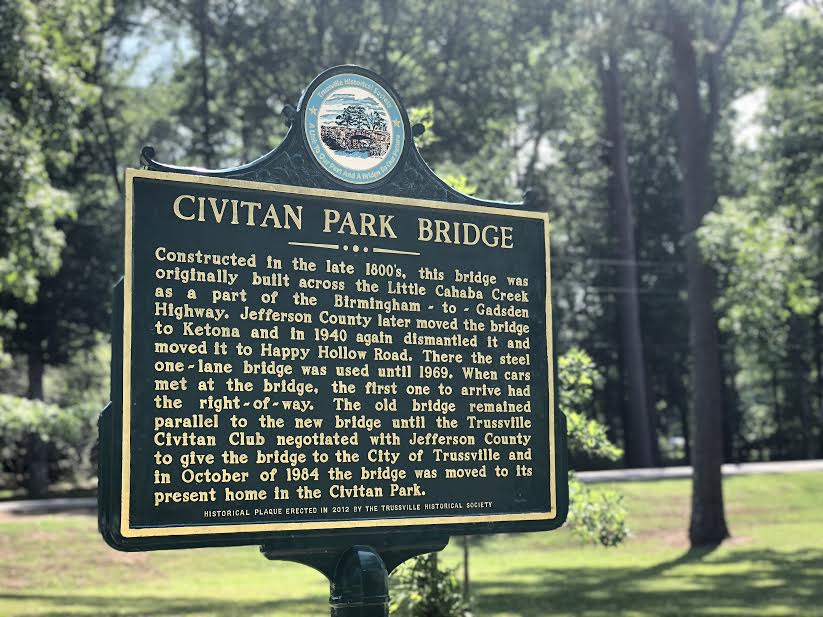 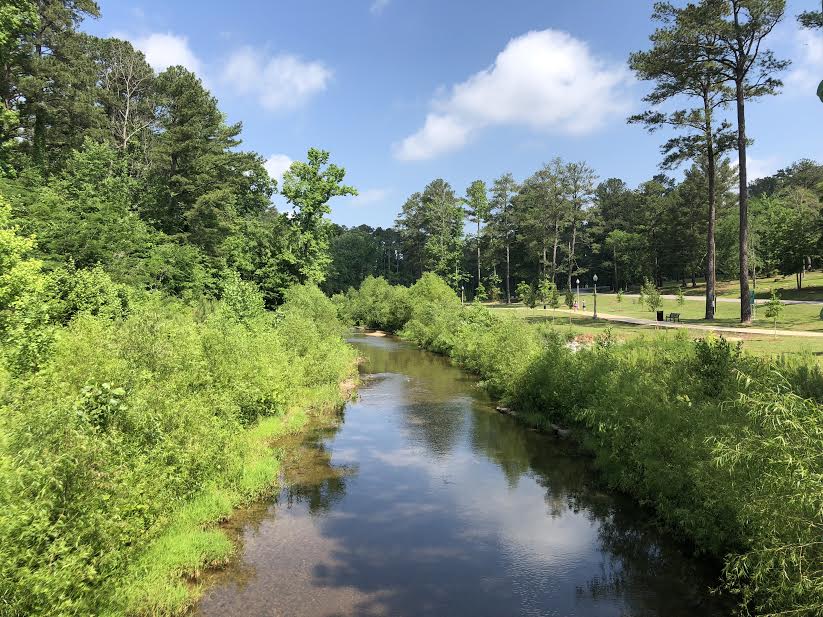